Looking for Agent BUB's Projects? Well here you can find a list of all the projects Agent BUB has worked on and information about his work on said project.

This this template is built with EmbedJs/ExpressJs and setup with file based configuration so no sql database or other system will be required to use this. Everything is changed via the config.js and appData.js. Overall the template is very easy to use and setup. Plus we will release amazing documentation! v2 introduces a load of new options, features, better styles, and a completely new framework. The v2 is nothing like the original, so why not enhance your community today!

A nice multi-purpose bot to suite most needs of any Discord server. Shadow Bot is one of my longest running creations as I started building it in 2019. It originally started out as the bot I used only in my Discord and to follow along with DiscordJS tutorials, but it later evolved into me using my tutorial knowledge to expand and create something for anyone to use. TO this day I continue to improve it and add new features to better suite servers. Oh and of course it is one of my favorite and most prized projects as it really pushed me into developing deeply. 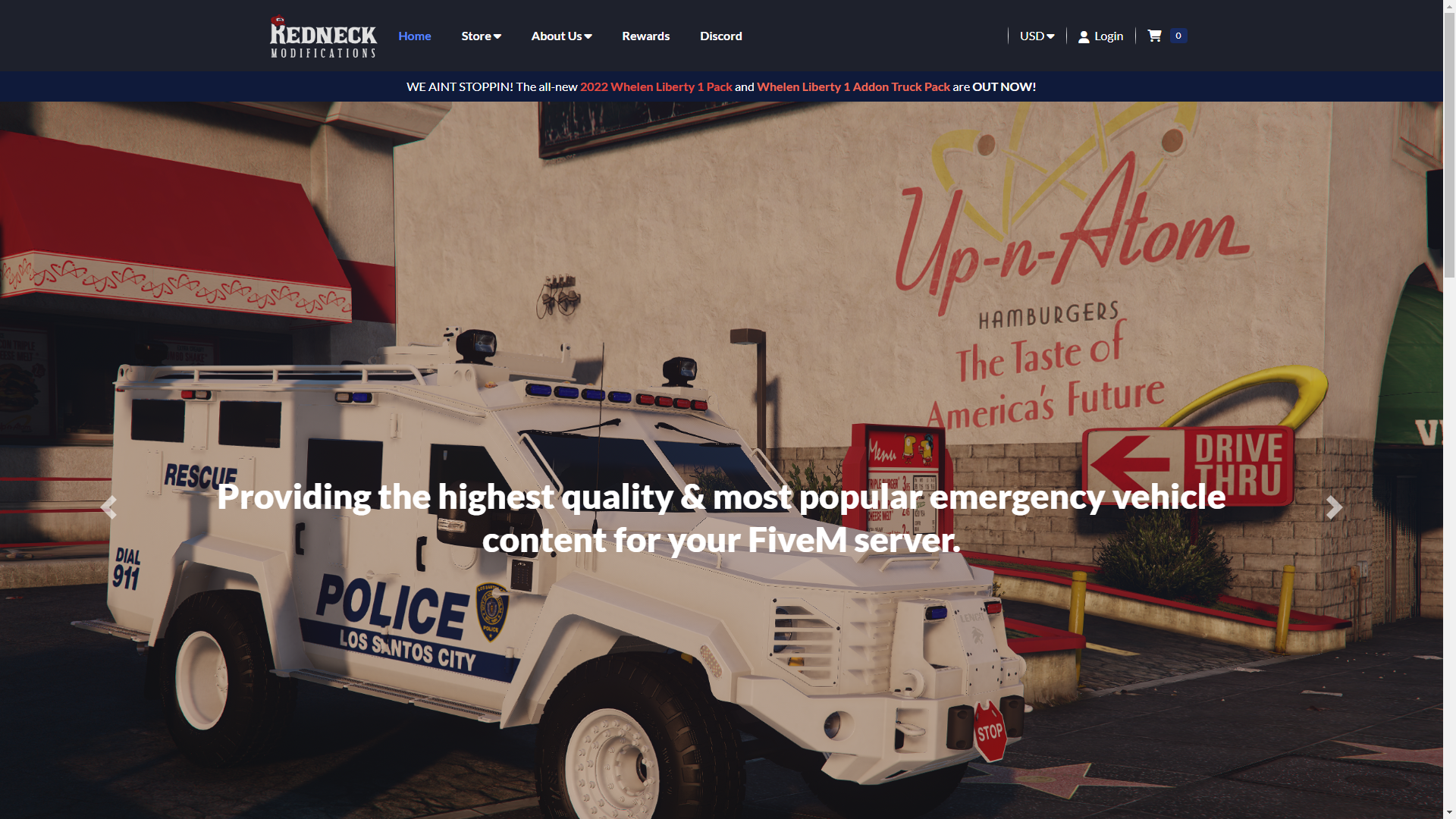 I worked directly with Redneck to make what he had in his head come to life on his Tebex store. Since Tebex is normally so plane and basic, Redneck wanted something completely different and fresh which I was able to do for him! It took a lot of messing with but despite the issues that Tebex presents, I was able to get exactly what Redneck wanted. 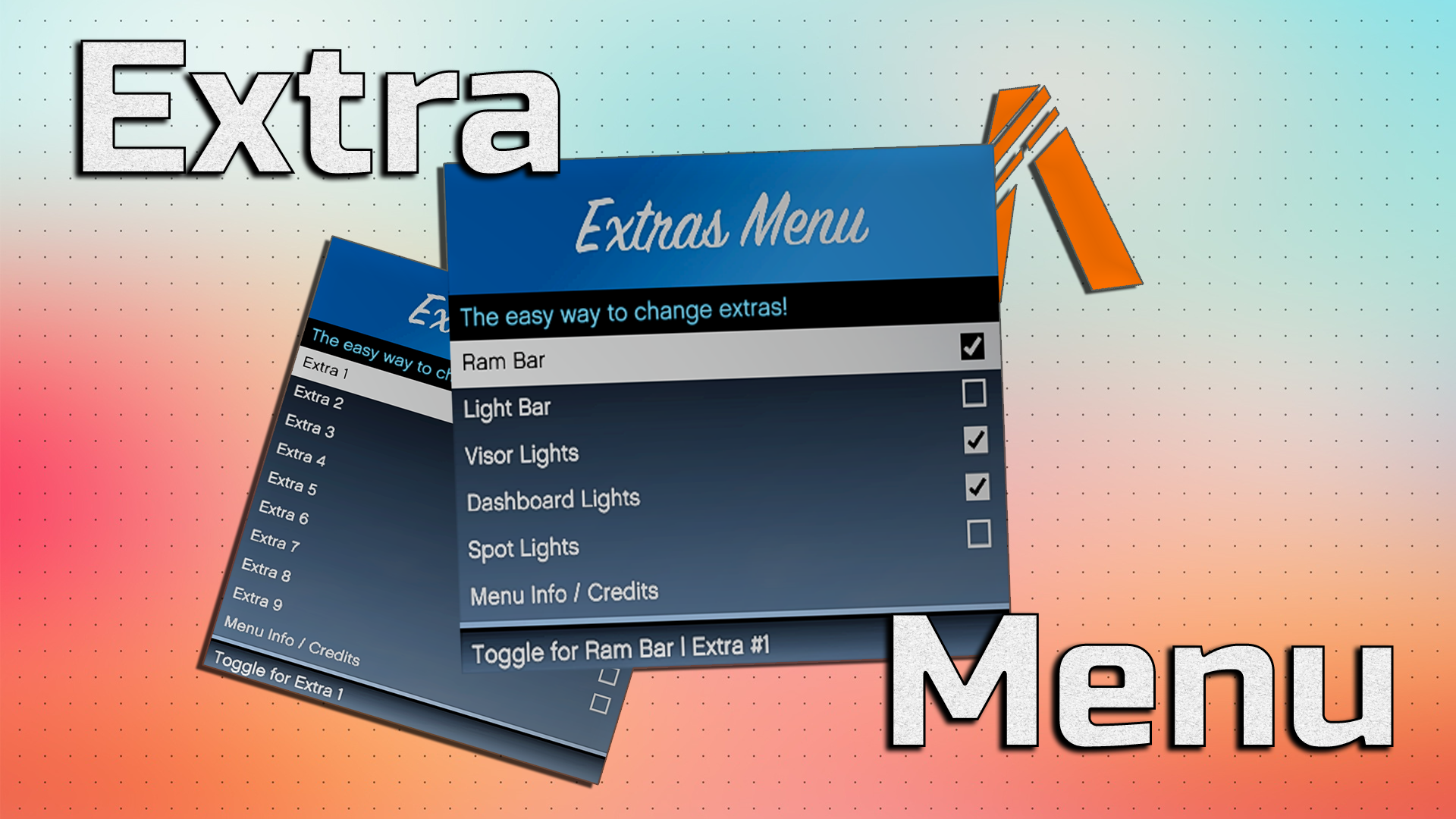 This menu is a simple way to make changing vehicle extras easy with the ability to customize the names extras have within the menu for certain vehicles. This is my first ever publicly released FiveM script. It may be simple and not something to go crazy over, but for me it symbolizes how if I try hard enough and put my mind to something, I can get it done. And despite all the issues that the script has had in the past, and the niche use case for it, many servers seem to use it and that makes me smile.

I custom built a Discord bot and web Dashboard for Redneck Modifications. The bot handles most everything within their server from moderation to fun. I built in every feature they asked, including the anti-spam filter, anti-scam filter, reaction roles (using drop downs), ticket system, fun commands, embeds creation, suggestion channel system, featured image system, and more! The simple website dashboard was made so that their staff could easily change settings via a simple UI. Overall, I'm extremely proud of the work as I created new features and systems I never thought I could! 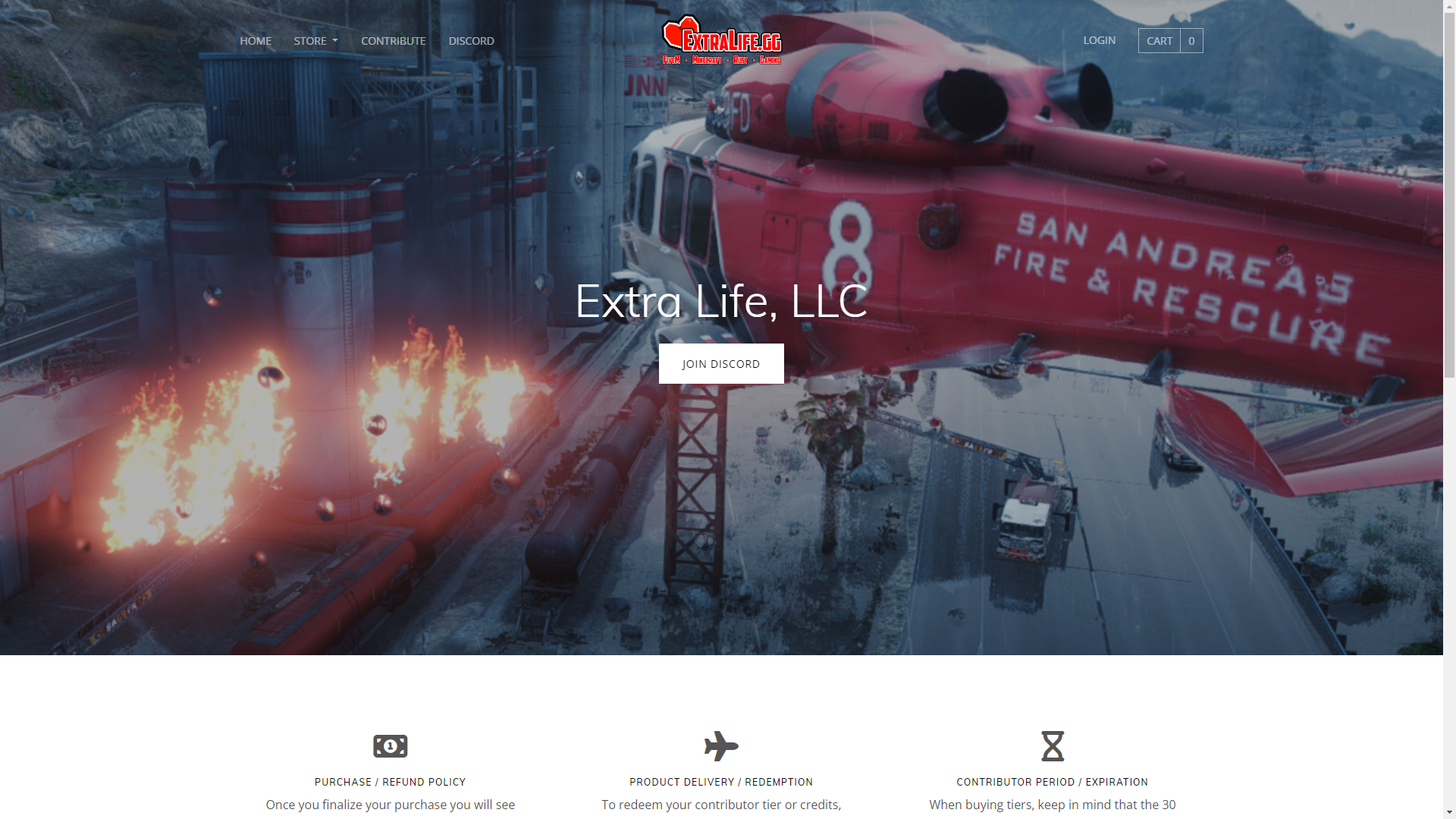 After doing Redneck's front end, Brady (EL owner) reached out ot me about designing the Extra Life website, which I happily did for them! 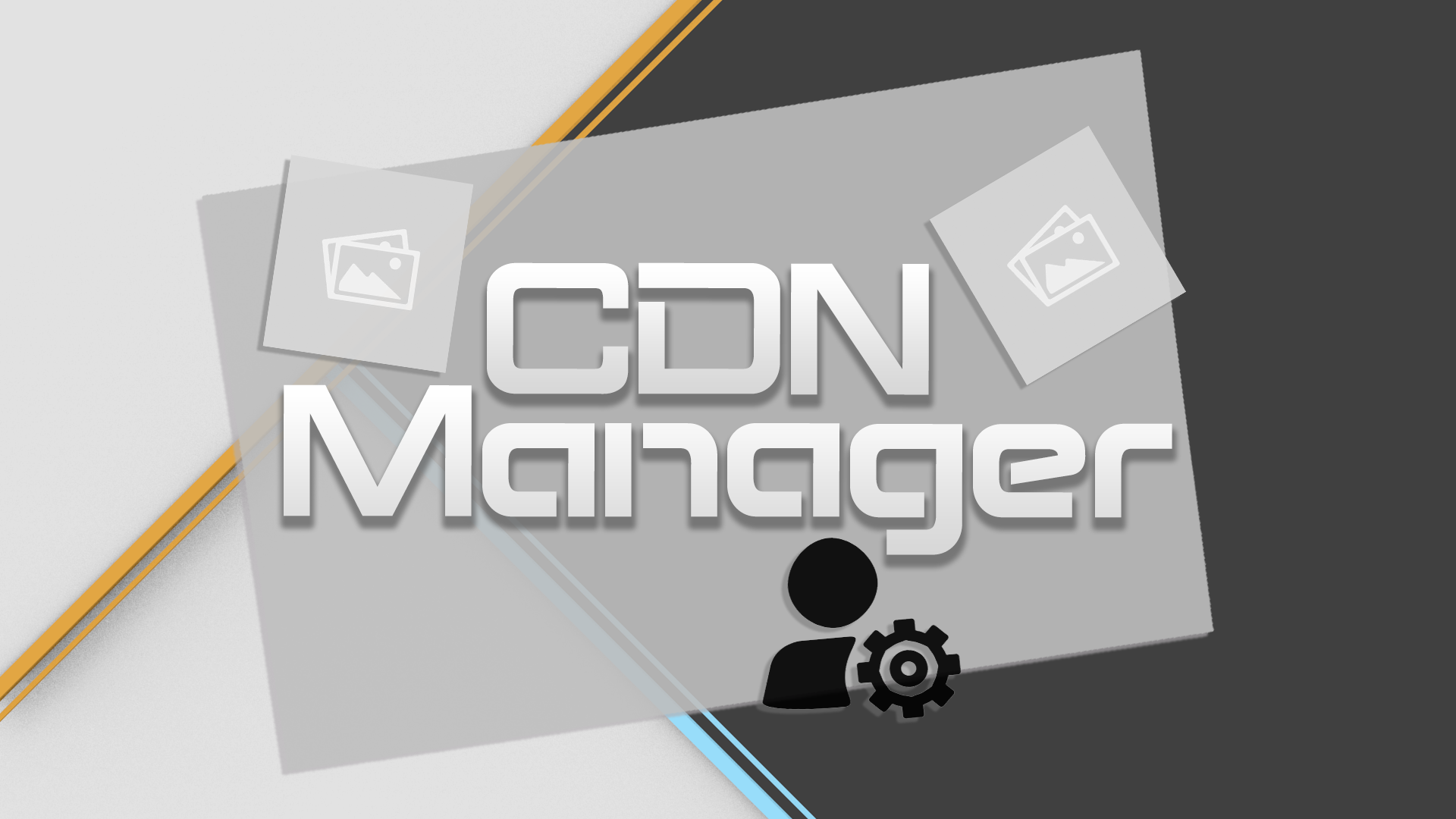 This website template provides a quick and easy way to setup and manage your CDN. Most websites, brands, communities, and pretty much anyone with a website needs an easy way to host their images. So, with this CDN manager you get the easy of a normal CDN with the bonus of a web panel for management. 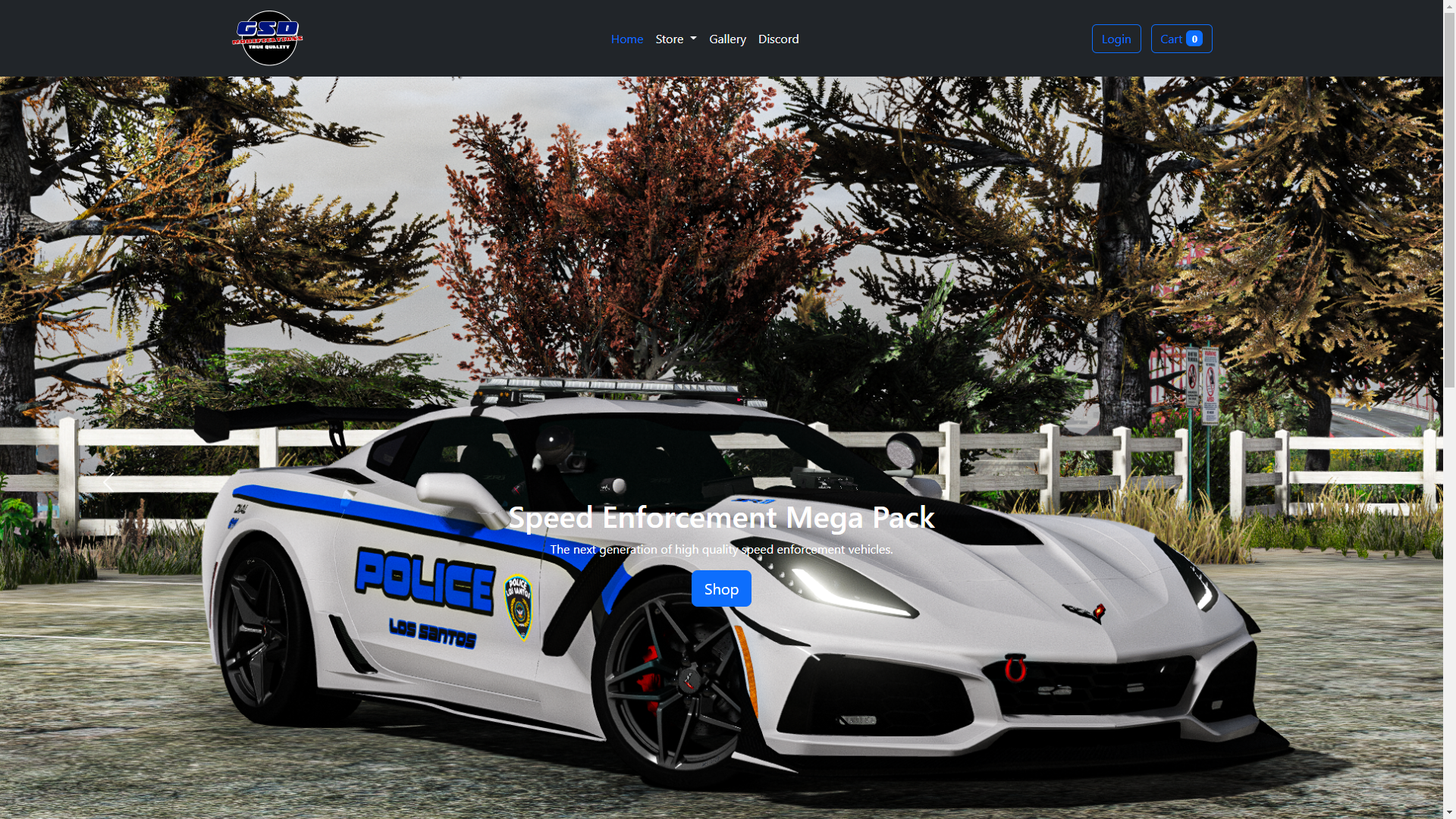 Following up Redneck and Extra Life's tebex store, I was asked to do GSD's store as well! 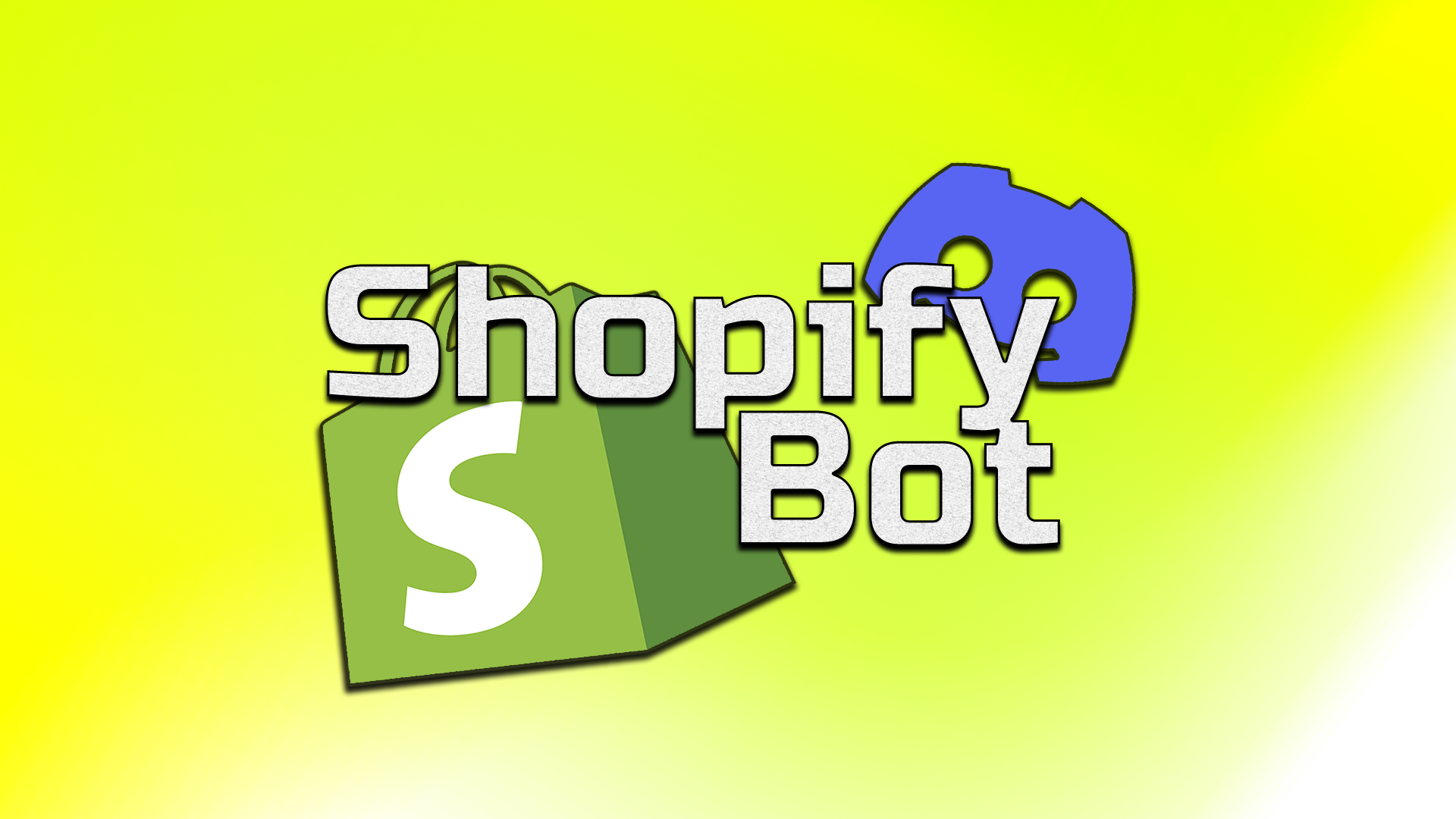 This bot will have amazing features to make your Shopify store and Discord link together seamlessly. You will be able to access all the important features on your store with simple commands. If you need to approve an order, maybe cancel one, or even create one, well type the command, input the values, and boom the bot has your back! No longer will you need to log into Shopify to do simple tasks. Oh, and want to give your Staff the ability to approve those silly orders? Well this bot will do that too! 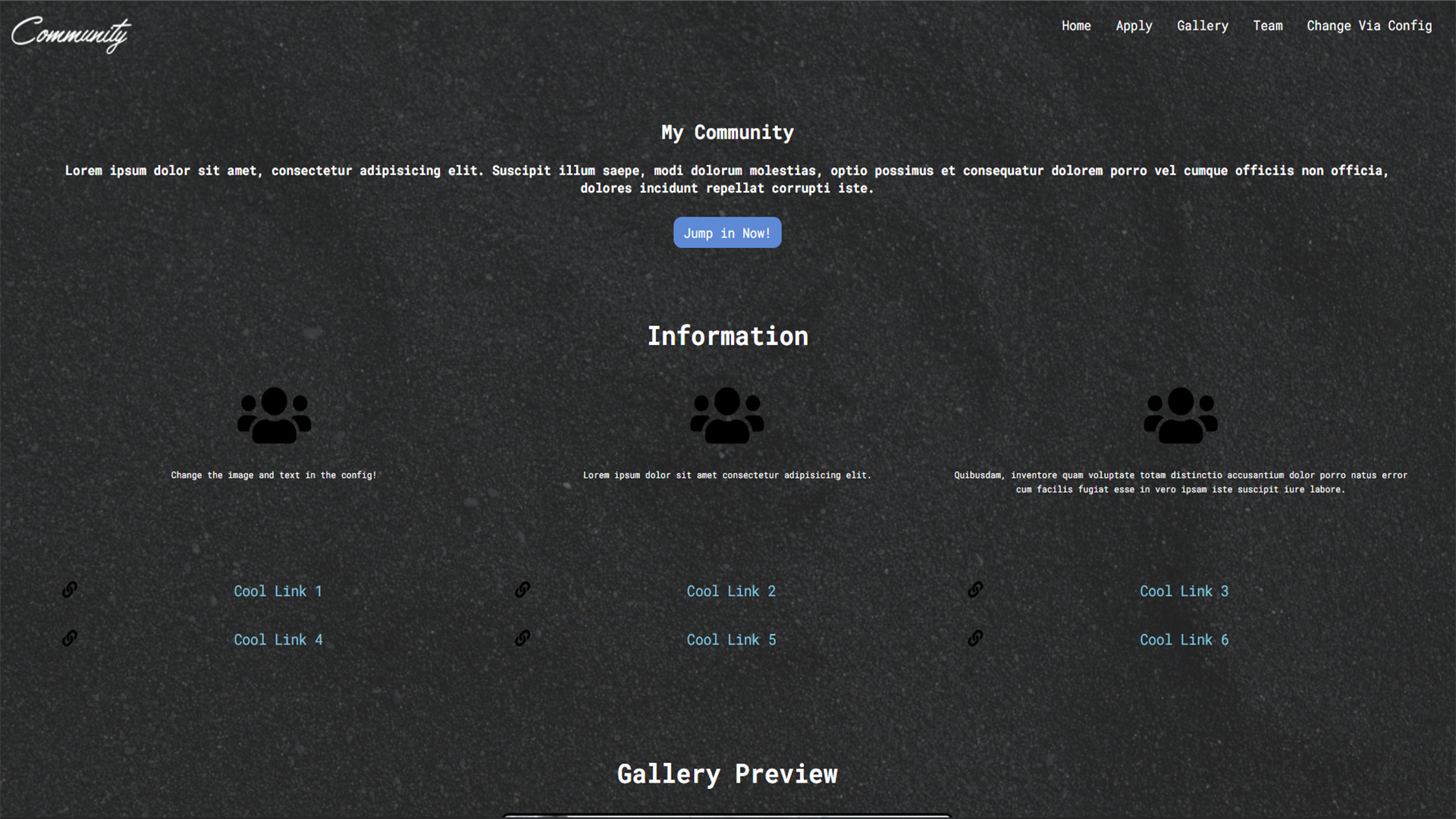 This is a PHP template built by me and sold to anyone via my company. It is a simple website that allows non-developers to easily setup a clean looking site for their community. The ideal user of the template would be non-developers or small time developers that need a website for a community such as FiveM, Alt-V, Discord, or anything of that nature. Now, a full blown developers could use the site too as the code is nicely written and once bought the owner can edit the code, and it could even be good for smaller developers to use for learning. 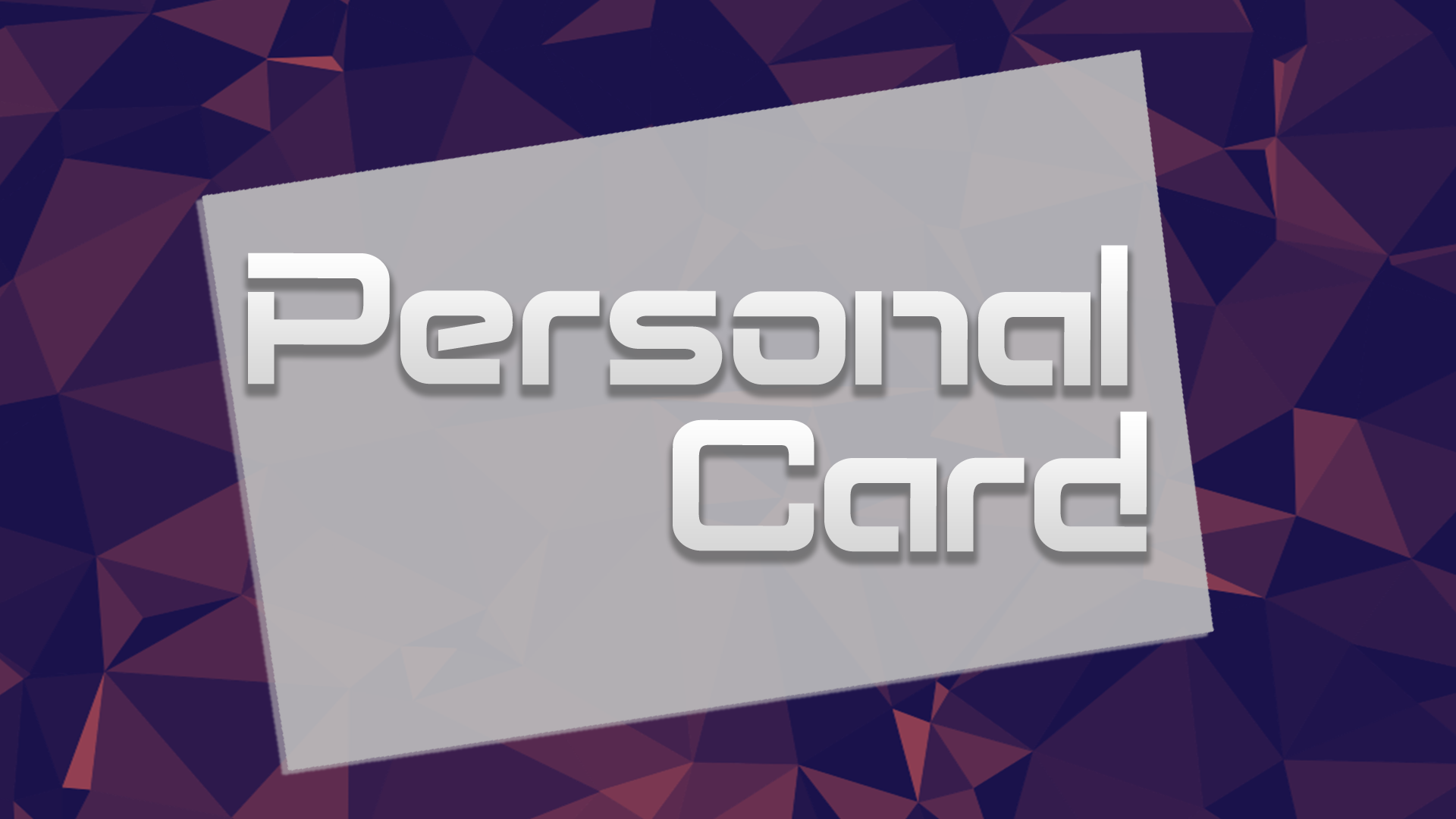 This is a super simple personal profile card webpage designed to enhance your visitor's interactions. It is super easy to setup and getting running, allowing you to make a nice website to display some basic information about yourself (or your group) for anyone on the internet to see! It is a great website for content creators, start up developers, social media influencers, or just about anyone looking to have a simple website for their basic information and social links! 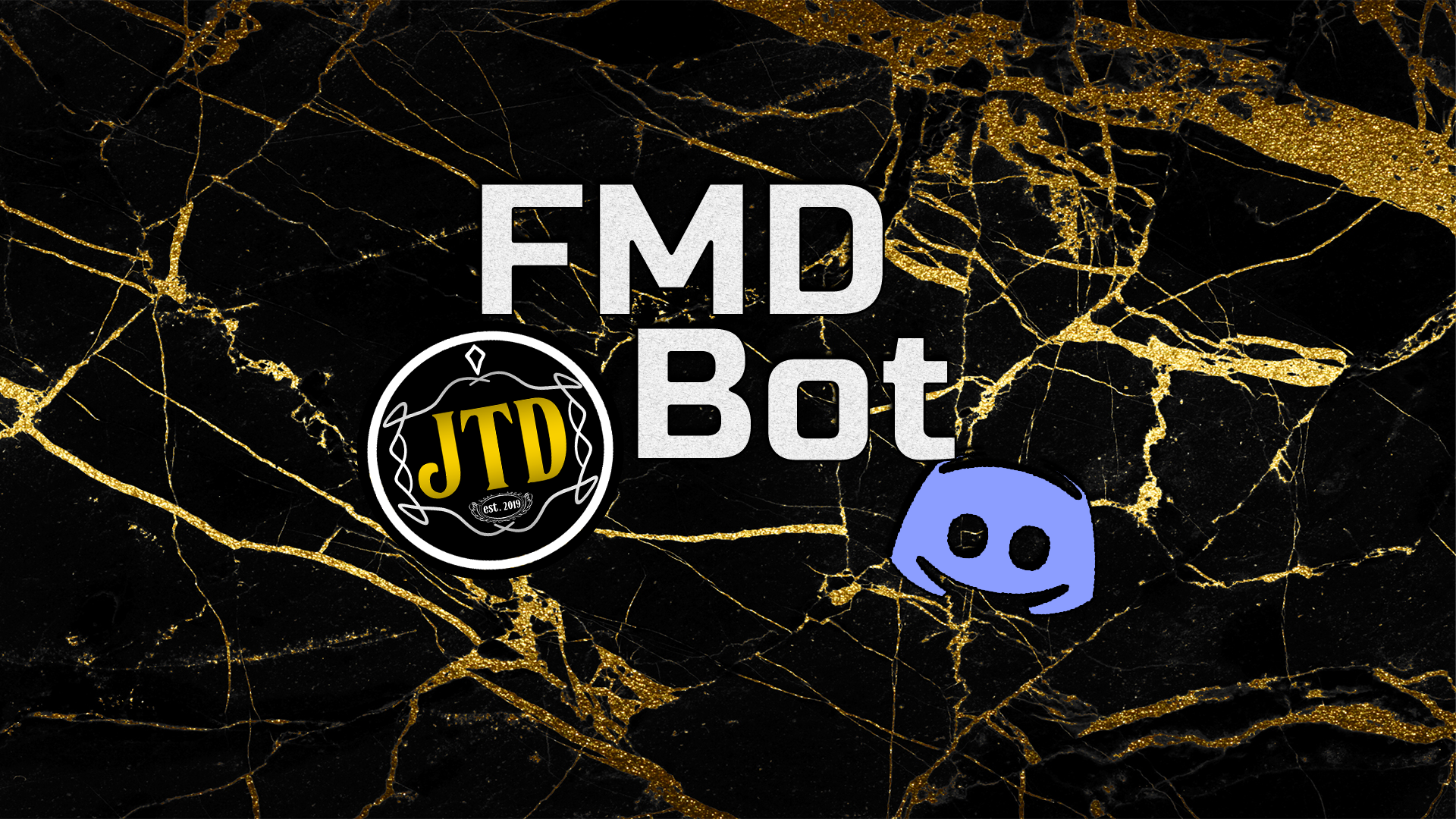 I custom build this bot for Free Mode Designs's Discord. It is used for moderation, statistic tracking, information, and is linked to the website via the Shopify API. It uses the Shopify Rest API to do things such as get client and purchase information. It will also be made to do order confirmation and similar actions in the near future. I'm personally quite proud of the bot as it was my first time working full force with Shopify's Rest API, and I think the bot came out great! 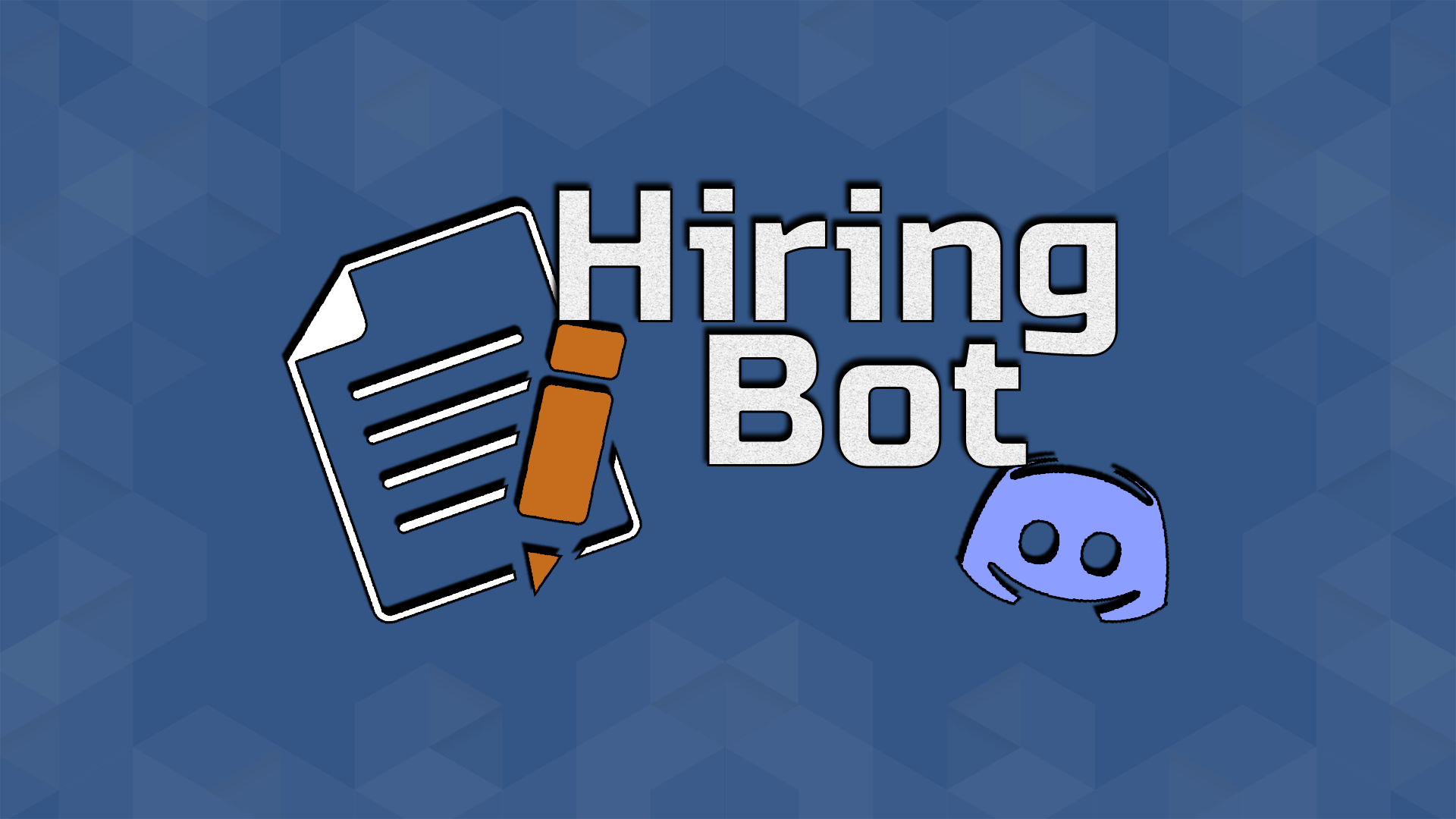 An easy system to make doing in Discord applications intuitive and simple. The bot, sold by ASP and created by me, uses basic Discord embeds, message collectors, and similar features to create a nice system to allow server owners and administrators to host their applications within their Discord. It's main use has seem to be within FiveM communities as the need for an in house application system suites them. The bot isn't crazy complex and looking at it now (Feb, 2022), I can see some things that I could've done better, but you can only learn as you go! 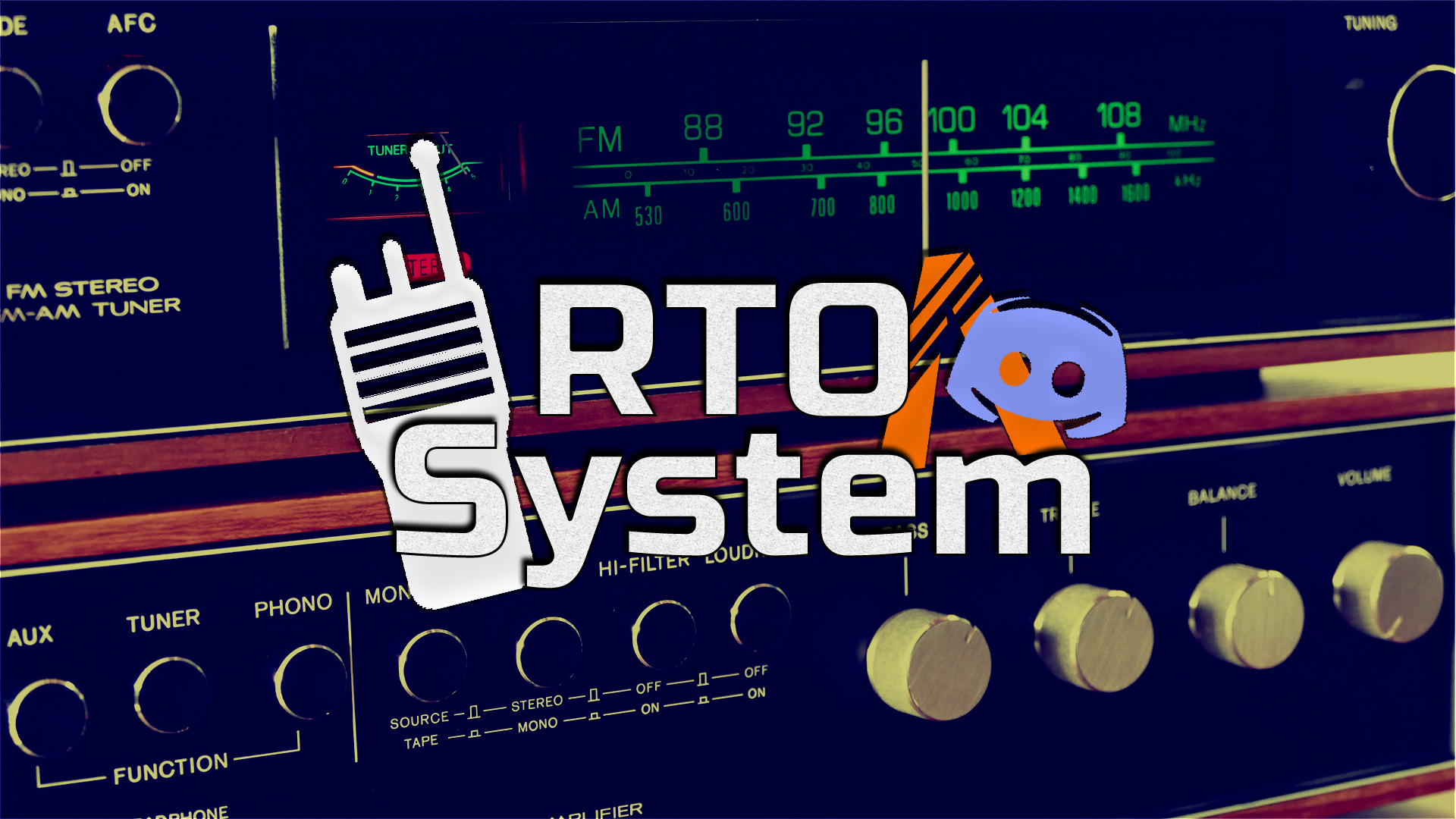 A very simple discord bot that makes noises for RTO, link several RTO channels, and links FiveM commands to Discord RTO! It overall is a quite simple bot with a few features that just add a nice quality of life to your normal FiveM Discord RTO channel(s). Personally, I used it in my own server in the past and friends have done the same with good results. It is like I said, just a nice quality of life thing to have, but overall not a very complex thing. 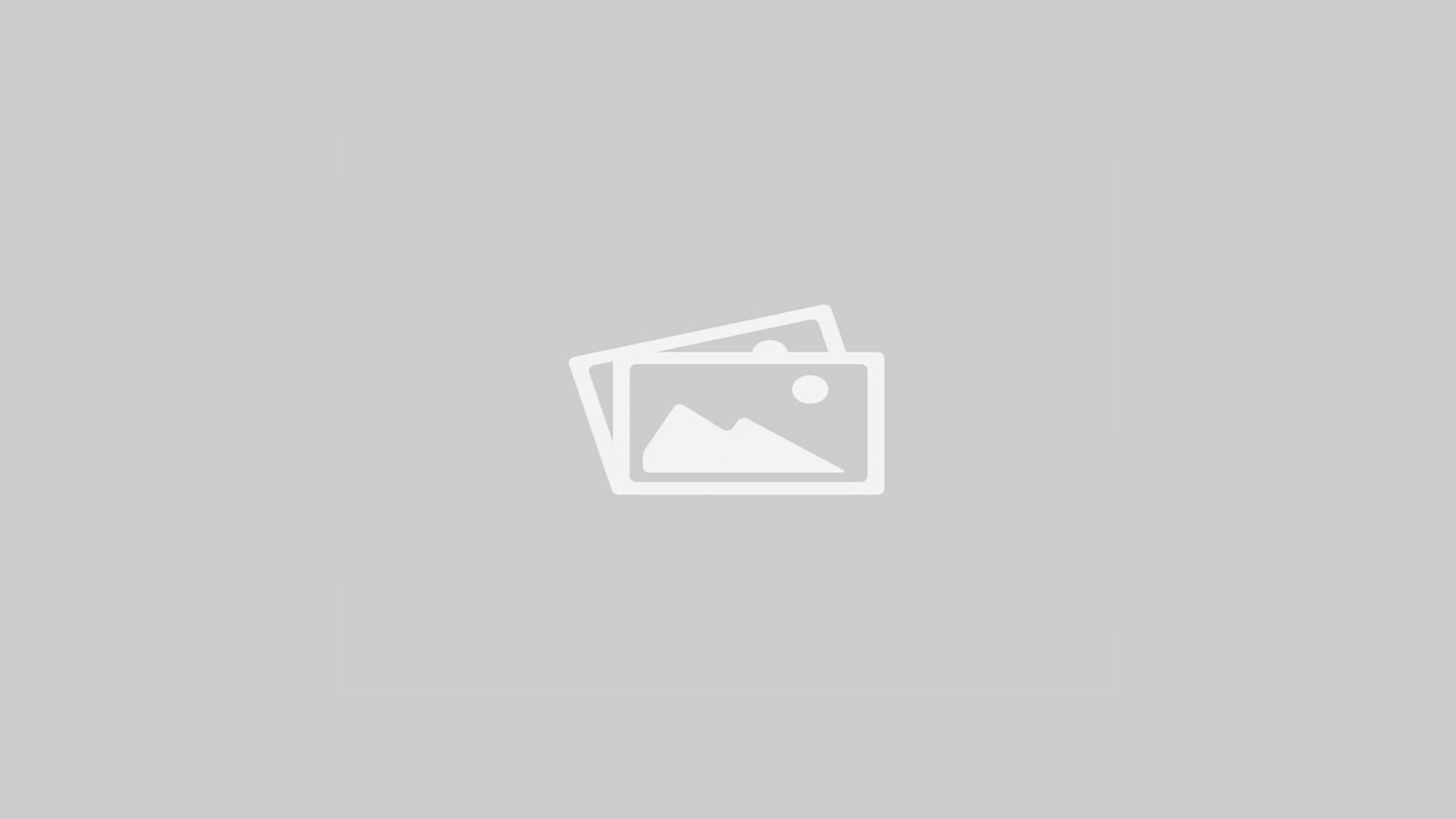 Honestly, I have so many cool ideas and projects that I am working on or wanting to that the future is looking quite bright, like you might as well be looking at the sun. I just hope I can continue growing my skills and build everything I want to for amazing people to use!